Solana surpasses Cardano, Tether to become 4th-biggest crypto worth $76B

At press time, the net worth of total SOL tokens in circulation was a little over $76 billion, falling only behind Binance Coin’s (BNB) $109 billion, Ether’s (ETH) $540 billion and Bitcoin’s (BTC) $1.17 trillion. 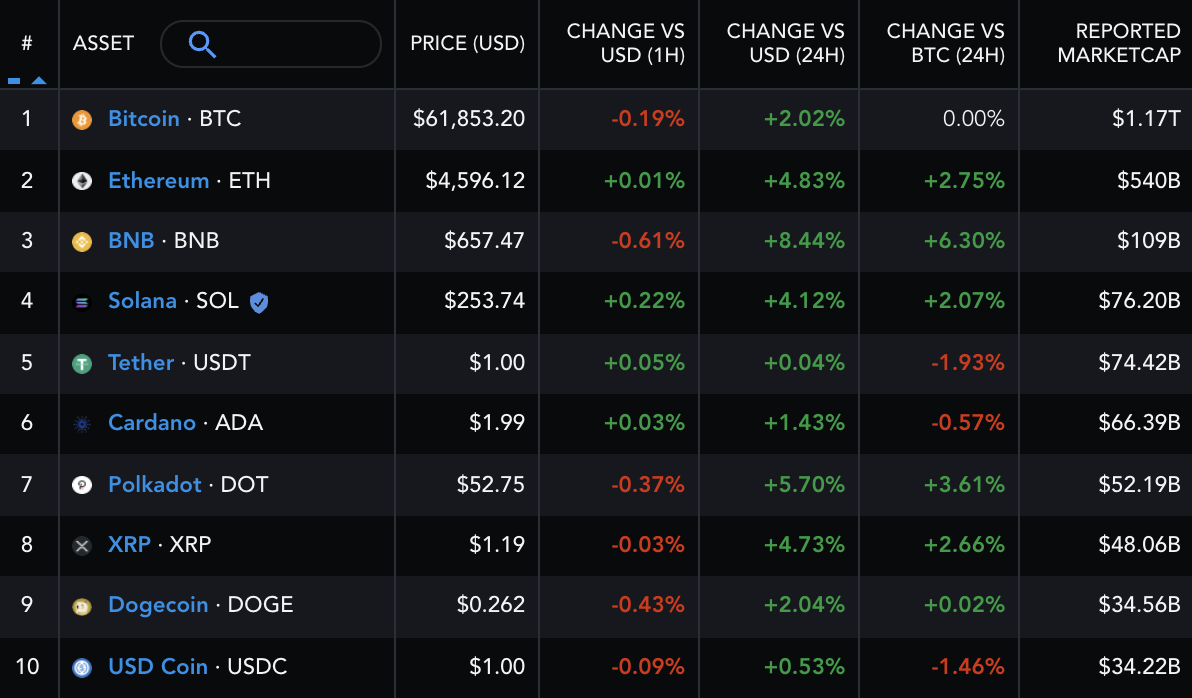 Solana’s market capitalization surged as its native token, SOL, rose to yet another record high. On Nov. 7, SOL’s price crossed above $262 for the first time in history, primarily owing to a market-wide price rally that saw other top cryptocurrencies ink similar gains.

Meanwhile, SOL received additional bullish cues from Solana’s foray into Web 3.0 gaming development via its venture capital arm. Dubbed Solana Ventures, the firm announced Friday that it, alongside FTX and Lightspeed Venture Partners, would invest $100 million into the game studios and technology sector.

In doing so, Solana Ventures aims to attract desktop and mobile video game developers to build their projects atop its public blockchain, thereby raising the prospect of higher SOL adoption. A similar adoption boom in 2021 helped send SOL’s price up by almost 17,500% year-to-date — from $1.51 to $262.45. 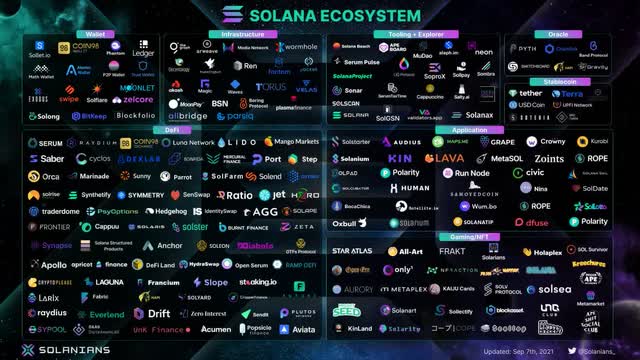 The uptrend surfaced as speculators started treating Solana as one of the most serious challengers to Ethereum, the leading smart contracts platform grappling with higher gas fees and network congestion issues. 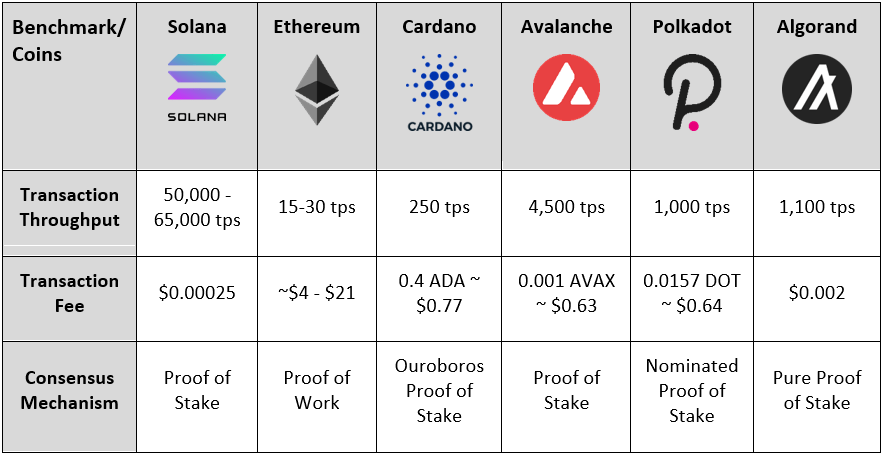 Paul Veradittakit, a partner at Pantera Capital, told Bloomberg that Solana is “the top competition” to Ethereum, Cardano and other smart contract platforms, regarding “developer adoption and momentum.”

Nevertheless, Solana also exhibited signs of resource exhaustion — i.e., a lack of prioritization among SOL transactions and a lower number of validators that led to an 18-hour-long network outage in September. If not fixed, it could raise the risks of reversed or altered transactions across the Solana network.

Despite its latest rally to an all-time high, SOL risks undergoing a correction due to at least two bearish indicators.

First, SOL’s price has been forming a rising wedge, a technical pattern that typically results in lower prices. And second, the cryptocurrency has also been confirming a bearish divergence between its rising price and declining momentum (as confirmed by lower highs on its daily relative strength index).

A break below the wedge’s lower trendline, if accompanied by an increase in volume, would risk sending SOL’s price lower by as much as the maximum height. That roughly puts SOL’s downside target to levels between $205 and $91.52, depending on the level at which the bearish breakout begins.