There is potential for the use cases of nonfungible token (NFT) technology to expand far beyond the simple tracking of unique images with varying degrees of rareness and analysts project that one NFTs will touch every facet of our lives. Already, developers, artists and corporations are considering the tokenization of all assets and some have already experimented with NFT-based concert tickets and sports passes.

One NFT project that has been gaining traction since September is Opulous (OPUL), a protocol focused on the tokenization of the music industry. The project claims to be angled toward empowering artists to the extent that music rights can be utilized as value-backed assets in decentralized finance (DeFi). 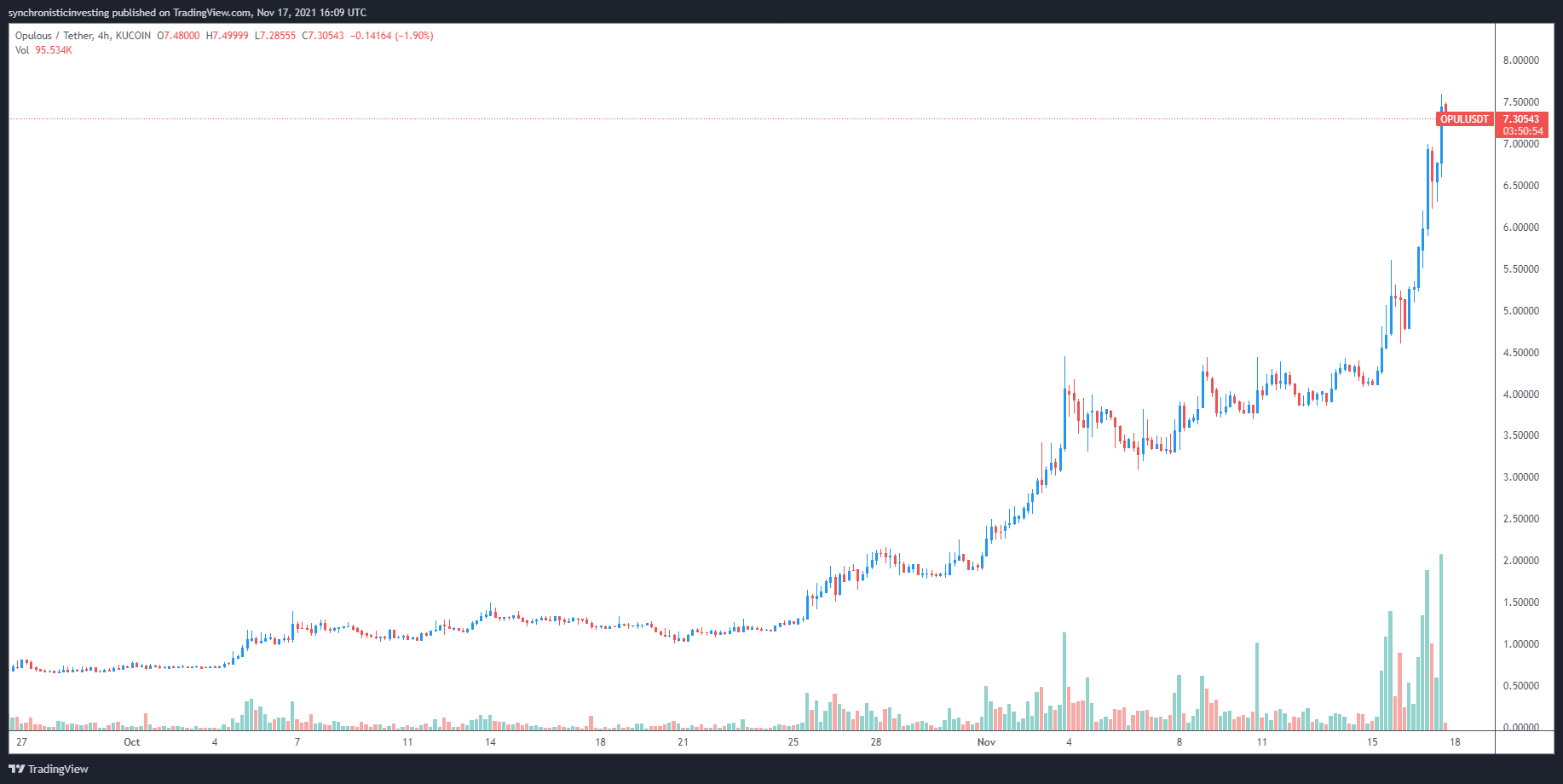 Three reasons for the breakout in OPUL include the successful completion of its first S-NFT sale, the token’s cross-chain capabilities which have enabled support from multiple centralized (CEX) and decentralized exchanges (DEX) and the rising popularity of the NFT ecosystem as a whole.

The biggest boost in momentum for OPUL came with the launch of its first S-NFT or “security NFT” sale, a special token standard that was created in conjunction with the Republic to represent investments that fans make in artists’ songs.

Opulous partnered with artists Lil Pump and Soulja Boy to conduct the S-NFT sale for their song Mona Lisa, which reached its maximum goal of $500,000 raised in less than two hours.

Once the investment process is finalized by Republic, contributors will be able to go to the Opulous website and mint the S-NFT tokens which will be distributed on the Algorand blockchain.

As the song gains views on platforms like Spotify and Apple Music or attracts other publishers such as radio, television shows, movies or video games, royalty shares will be distributed quarterly in the form of USD Coin (USDC) directly to the wallets holding the S-NFTs.

A second factor working in OPUL's favor has been the tokens’ cross-chain capabilities and support from several large CEXs and DEXs which have helped increase traders’ access to the token.

Unlike many of the NFT and DeFi projects that “launched in the wild” since the Uniswap-inspired summer of DeFi in 2020, OPUL received support from several large exchanges at its launch, including KuCoin and Gate.

The token was also able to launch on two of the largest DEXs in the crypto ecosystem – Uniswap and PancakeSwap – thanks to its cross-chain capabilities which currently include Ethereum (ETH), Binance Smart Chain (BSC) and Algorand (ALGO).

Being listed on DEXs has enabled token holders to earn a yield through providing liquidity and those who don’t want to risk the possibility of impermanent loss can now stake their tokens on Gate which is offering an APY of 35%.

A third reason for Opulous's recent gains is the rising popularity of the NFT ecosystem, which continues to attract a large amount of public awareness as time goes on.

A deeper dive into keyword search data on Google shows that searches for “nonfungible tokens” and “NFT” is now at all-time highs with the nascent asset class surpassing searches for other popular terms including “Dogecoin”, “blockchain” and “Ethereum.”