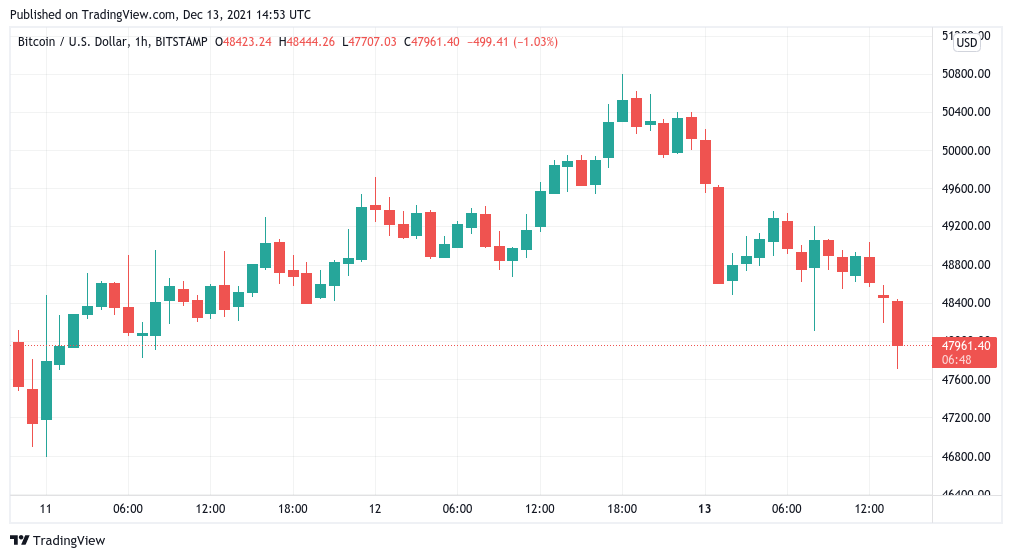 Data from Cointelegraph Markets Pro and TradingView showed BTC/USD diving below $48,000 to reach multi-day lows at the time of writing.

Equities had been tipped to add to all-time highs prior to the start of trading, this getting off to a cold start on the day, with gains slipping.

Correspondingly, Bitcoin added to losses that totaled over $3,000 in 24 hours.

Traders thus continued to eye sideways or consolidatory movements for the near term, steering clear of any outright bullish calls.

“Something like this would drive people nuts,” Scott Melker, known as the Wolf of All Streets, commented on a fresh chart prediction.

“This is what I have been preparing myself for since the drop 10 days ago. I would prefer Up Only, so let’s hope that’s what we get.”

Others had already called that limp price action would conclude 2021, this countered by on-chain metrics calling for a return to strength for markets.

“BTC may be repeating the consolidation period it also experienced following its May 2021 crash,” trader and analyst Rekt Capital added on the day.

Altcoins looked bleak as Bitcoin fell, fueling suspicions that the return of “altseason” may have to wait.

Related: ‘I think BTC is ready’ — 5 things to watch in Bitcoin this week

Bitcoin market cap dominance, while hovering near six-month lows, managed to bounce back above 40% after a brief breakdown on Dec. 9.

The latest move further threatened the stronger outliers in the altcoin story in recent weeks, notably the exchange rate of Ether (ETH) against Bitcoin, which reversed from three-year highs to challenge new support. 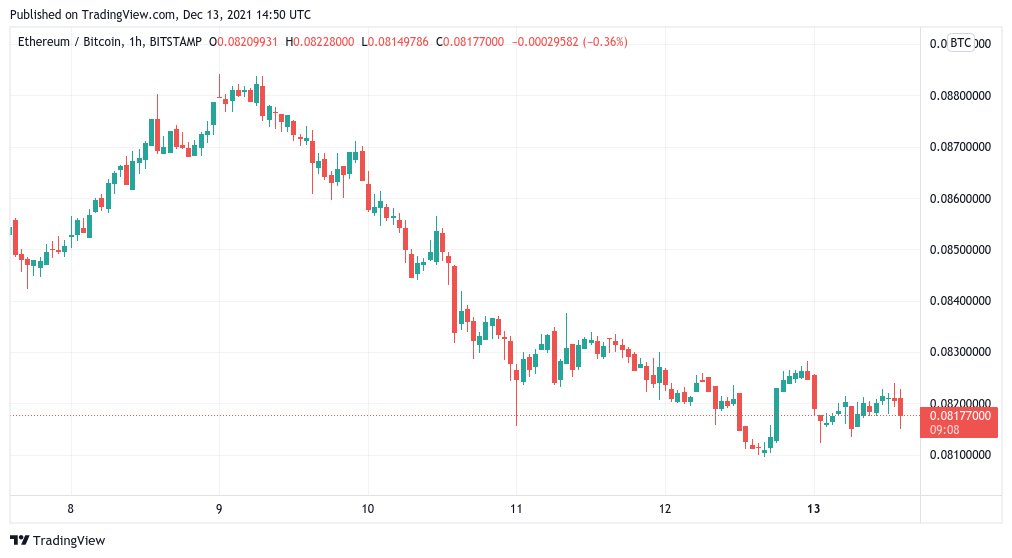 “Overall, just a small conclusion, I think we are in buy-the-dip zones,” Cointelegraph contributor Michaël van de Poppe argued regarding the broader major-cap altcoin scene in his latest YouTube update.